Lush green valleys, braided rivers, coniferous forest stretching for eternity, blunt yet jagged limestone peaks, huge trucks, bears - I'm pleased to say that the Canadian Rockies are pretty much exactly how i'd always imagined them. They're also massive. Massive in every way, faces that look 400 metres are actually 1000, an approach that looks like a pleasant hour's stroll on the map ends up being a grueling 7 hours of bush/moraine whacking, its seriously wild, seriously cool.

I'm here with Nick Bullock, with the idea of climbing some of the bigger alpine faces. After speaking to local experts such as Jon Walsh about conditions that are required for the north faces we decided that September/October would be the best time, the idea being that temperatures would have cooled off enough that the rockfall isn't too bad, yet not cold and snowy enough that the big stuff goes out of the window in place for the ice and mixed "cragging" that most people come here in the winter for. Although this is Nick's eighth trip to the Rockies, its his first at this time of the year with alpine stuff in mind, so the trip was a bit of an unknown for both of us.

After a couple of days some good weather showed up and we climbed the north face of Mount Diadem. It was great to get stuck in to the Rockies and sample the choss. It went something like this; leave the car at 4a.m. thrash, wade and grovel up a very vegetated valley for a few hours, scratch up endless moraine to the glacier beneath the face, cross the glacier, climb the face, traverse the summit, down-climb the s.face, and then walk out of a different valley we'd forgot to research for 5 hours back to the car. 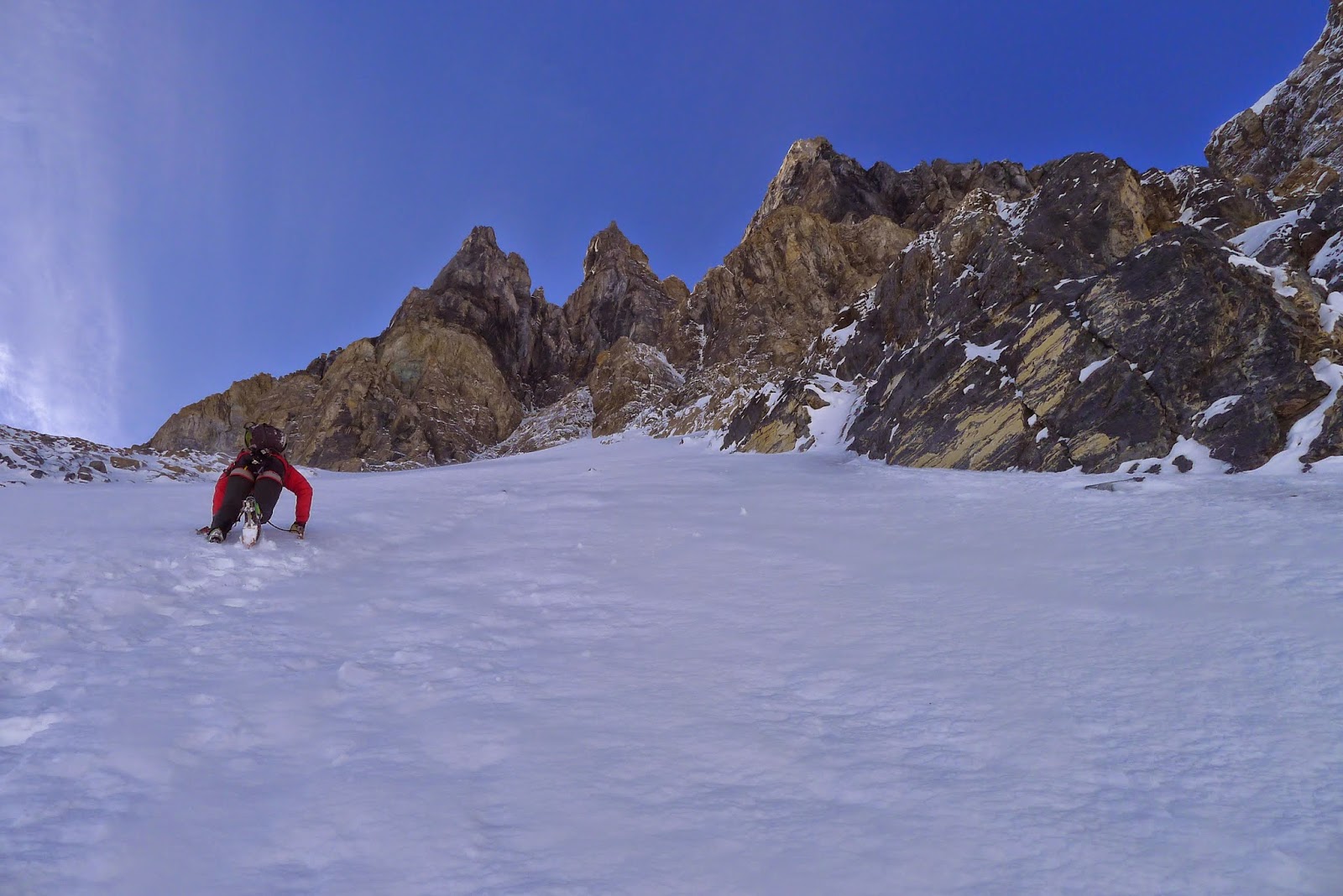 It was great to have done such an awesome route in the first week, and it wetted our appetites for more.


Down-time in Canmore at this time of year isn't so bad due to the amount of really great sport climbing there is. In Echo Canyon alone, which is right behind where we're staying there are some really inspiring crags, which disprove the theory that the Rockies only contain choss. Yesterday i did a brilliant 12c in Echo which would be three stars in Siurana or any other mecca of sport climbing. Its almost worth considering the Rockies as a sport climbing destination, although i can't believe i just said that...


After resting post Diadem, we drove back up the road towards Jasper and set about a bigger objective. Unfortunately we messed up a bit on tactics, and whilst bivvying in the car the night before leaving i had a traumatic night of vomiting, which i think was due to a dodgy chinese take-out from the supermarket the day before. Nevertheless we made the long walk in to the col beneath the NE ridge of Alberta, but after not eating for a couple of days and finding small hills a struggle to walk up, combined with our intended line being in somewhat different condition to what we'd anticipated, it was an easy decision to stash the gear and come back at the next possible opportunity.


I've been seriously inspired by the Rockies so far, they're wild, infinitely more "real deal" than anything that the European Alps can offer, and feel more on par with some of the bigger places i've been for size, gnarl and as i say, "realness".


The last few months have been a good mix of work and play. I really do love North Wales, there surely can't be a better place to live as a trad climber. 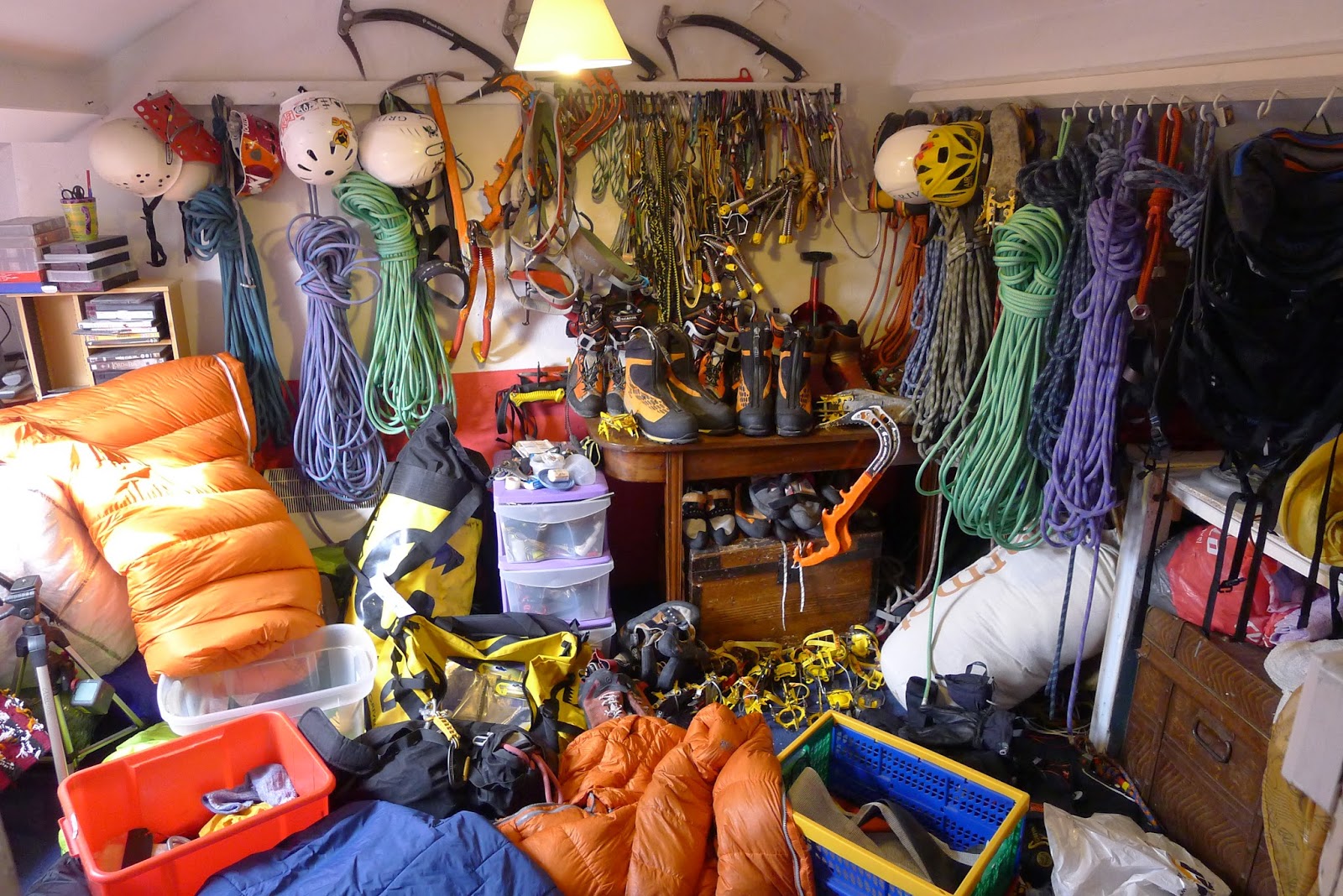 If i was to talk about all the amazing routes this summer i wouldn't do them justice, and also, i would have found another method of avoiding packing all of the above in to two 23 kg loads. Off to the Canadian Rockies on Tuesday, lets hope it gets cold over there soon!