Although i landed in London on the 23rd September, it seems like i'm only just getting myself sorted after what seemed like a mammoth trip to Pakistan. After a long trip i usually find i can unpack my bags in about three days if i'm motivated (really lazy i know), but i'm now on day 17 back in the country, and there's still some unpacked hold-alls on my bedroom floor.  Almost straight off the plane from Islamabad, i spent 5 days in N Wales on a BMG induction course, which although interesting and a good few days, has prolonged my resettlement time...
The expedition was a mixture of frustration and satisfaction, as they always are. A trip of two halfs would be an accurate summary; the first half full of good weather and climbing, the second half being full of bad weather, tension and frustration. However, as this report will illustrate, a lot of climbing was done, perhaps even more than we had expected.

It was on the 3rd August that i got on the train to head down to London. Its funny, but sometimes i think that the transition from West Cumbria to the leafy, red bricked terraces of south west London is a bigger shock to the system than that of Heathrow to Islamabad. Sitting in a pub that night,  Jon  and I talked about the last couple of months: I had been at my parent's home in St.Bees, working a lot and training and climbing when i could. Jon had had an extremely active and productive summer for both work and play, and as he told me stories of racing up Europe's largest alpine route in a single-push, and hanging out of helicopters filming base jumpers rocket past the Eiger, i was feeling a little hungry for adventure. Not for the first time sat in that pub in Fulham, i started to wonder what the next 7 weeks would bring.


Our journey to base camp went more smoothly than either of us could ever have imagined. Flights took off when they were meant to, the jeeps didn't break down, the weather was kind, and our porters worked hard and without fuss.
After a day in Islamabad - the highlight being our air conditioned hotel - we flew to Skardu and got our first sight of Baltistan. Unlike further East in the Himalaya, the Karakorum is very dry and not "jungly" like you imagine the lower valleys in India and Nepal. All settlements are perched on fertile, green, irrigated plateaus on the banks of rivers. Some of these are pretty spectacular and look Tolkienesque. Skardu, where we spent a day before travelling further in to the mountains, is a dusty small town, where the smell of two-stroke oil and soundtrack of beeping horns create an atmosphere of excitement as you try and work out what is for sale and what is just junk lying around.
The 6 hour jeep ride to Hushe was one of those journeys that you don't want to blink on. Here's some photos-


At basecamp, we were pleased to meet up with Jesse, Shingo and Aaron, three Americans we'd be sharing a basecamp with for the next month. Like most Americans, they were good fun, and didn't mind having the piss taken out of them, even if they didn't understand our sense of humour.

Also at basecamp were Ali and Ali, who were mine and Jon's cooks, and Fida and Abas, who cooked for the Americans. These four were great company, and over the weeks i learnt a lot about Islamic culture, which coming from a place in the UK where there are no Muslims was all new to me.
In many ways the Ali's made the trip, and in more ways than making us nice food.

Nayser Brakk is a gem among mountains, and the right skyline in the above photo has become the "classic" of the valley, with a number of ascents. Ours went well, with the odd routefinding error, more due to stupidity than there being tricky route-finding!


We climbed the route up and down in a longish day. It was only our second day in basecamp, so needless to say i was suffering with a migraine on the 5200m summit. But it was great to have done such a line on day 2.


FA on Sulu Peak﻿
A couple of days after we climbed Nayser Brakk we decided to climb the circa 6000m (height depends on who you ask and what map you look at) Sulu Peak, which is a very proud looking mountain half a days walk from BC. Initially we were just going to climb the central couloir, which is a C1200 metre couloir similar in steepness to the Couturier on the Aguille Verte. But after thinking about it, we decided to make use of the good weather and try to climb the long spectacular arete which runs NW from the summit of the mountain, which to our knowledge would be its first ascent.
On the first day we climbed around 500 meters of loose buttress to reach a large snow shoulder before the meat of the arete. We pitched our first-light here, and did our best to sleep, but being early in the trip, we'd still not quite mastered breathing!


In the morning we set off simul soloing (which is how we climbed a lot of the route) up and round a very loose rock wall, to get in to a linking couloir, which we hoped would take us to the arete. 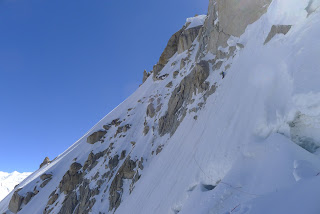 After taking many aspirin and trying very hard not to be sick i managed a bit of sleep, but it wasn't a good night. In the morning, feeling sleepy and very rough, we downclimbed the huge couloir on the east face of the mountain, and reached basecamp late in the morning.

With the weather still seeming ok, we wanted to squeeze in another route before we committed to our big objective up the valley. Beatrice is an attractive mountain just under 6000 metres and not too far from BC.
With an early start we made the schrund after 3 or so hours walk. We needed to climb really fast, as the broad lower couloir looked like it would slough badly when the sun came round on to it. With this in mind, we left our ropes, rack and harnesses at the bottom and got on with it.


﻿
We climbed mostly snow and ice couloirs and chossy rock to within 20 metres of the summit, when all was replaced by bottomless snow. Knowing we had to down climb every meter of the mountain, it was with a little apprehension that we left the summit, but all went well and we made a quick descent.

Link Sar was one of the really big plans we had for the trip. At 7041 meters Link Sar is one of the bigger unclimbed mountains left in Pakistan and stands opposite the grand east face of K7 (6934m). Link Sar's faces are broad and complex, and not without serac dangers. However, after some scouring with binoculars and checking out other possibilities, we settled on what we believed to be a very attractive line on the face almost exactly opposite Urban, Kyle and Haydens cool new line on K7.

We bivvied a fair way from the schrund in distance and height, and were shocked the next day when it took many hours to reach the schrund through the dangerous valley above, this took a lot of time and energy that we, perhaps naively, hadn't anticipated correctly after our recce.
﻿

What felt like a long way up the face, our pace slowed to a slow crawl as we hit bottomless snow. The weather had been threatening all day, and it was finally starting to snow. We made an effort to find somewhere safe to bivi, as we were currently sat in a network of flutings which would become deathtraps if the snow continued. Jon went for a look above, but to no avail, and i abseiled down on to a small snow fin which looked from above like it could be chopped at for a platform. When i got down there it wasn't the case. After a small discussion and assessment of our situation, we started to rap the face on the first of many, many v-threads. The weather forecast had predicted snow to turn in to a bad weather system, but not so early as this, but that was just one of many things not going right that forced us to bail. On the descent i started to feel very ill, i'm still not sure whether it was altitude or not, but i don't think i've ever felt as ill in the mountains as i did when we crossed the schrund later that night.
We bivvied not far from the schrund, in the dumping snow, and returned to BC the next day. Although it hadn't gone to plan, we were only half way through our trip, and were confident that we'd be back up there soon to finish it off, with far better tactics and knowledge of the snowy hell that was the top half of the face. We weren't to know what the weather had in store for us.
﻿

As i've already mentioned the trip was one of two halves, and on the 2nd or 3rd September winter arrived. We'd talked to several friends about weather in this part of the Karakorum, and we'd decided that September seemed like a reliably stable time. However, we'd also heard from some people that there's the risk of it being bad due to wintery weather systems starting to arrive.
After two days of this colder nasty weather, Ali and Fida were both repeating "weather very bad this month sir, not good September sir" and as much as we appreciated their worry we did our best to ignore them, until it became obvious they knew what they were talking about.

After many many days of consecutive rain and snow, we did manage to salvage the last part of the trip somewhat, by climbing a beautiful rock peak of about 5400m called Haithi Brakk, even if it was in a white-out.

We climbed around 1000 metres of easy couloirs and gullies, until a shoulder between a large gendarme and the summit tower. The summit tower had some decent, if a little loose rock climbing, and a mixed pitch to a summit the size of a small coffee table with 1000 metres of air on either side. We had been told that this summit was unclimbed, but after finding some tat, we thought it very doubtful! 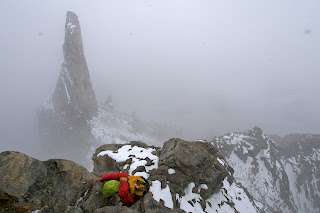 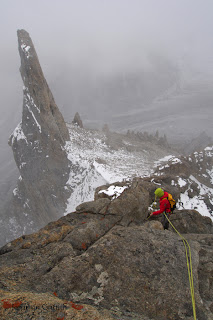 We walked out from BC on the 17th  September and once back in Skardu started the torturous journey down the Karakorum Highway to Islamabad. Other than clearing part of the road in the middle of the night that had collapsed in front of us, and a slight delay due to riots on the road against the "anti Islamic film" made in America, the journey went well, and about 30 hours after starting we arrived in Islamabad. In Islamabad we dodged more riots, (on one day we weren't even allowed out of our hotel due to riots going on outside), moved our flights forward by two days, and located the secret bar (yes it does exist!).


So, what next? Paying off my credit card bill with lots of work on the farm, building a woody in a barn at work, preparing for the next BMG course and finding a way to buy a van with no money. Possibly some cold stuff in the Alps and Norway in a few months time also, but lets wait and see.
﻿
There is no way i could undergo trips of this size if it wasn't for the invaluable support of my sponsors, for which i am very grateful - buy their kit, it works! 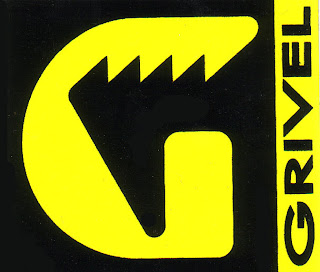 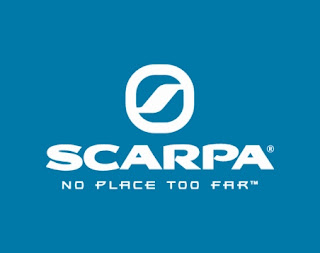